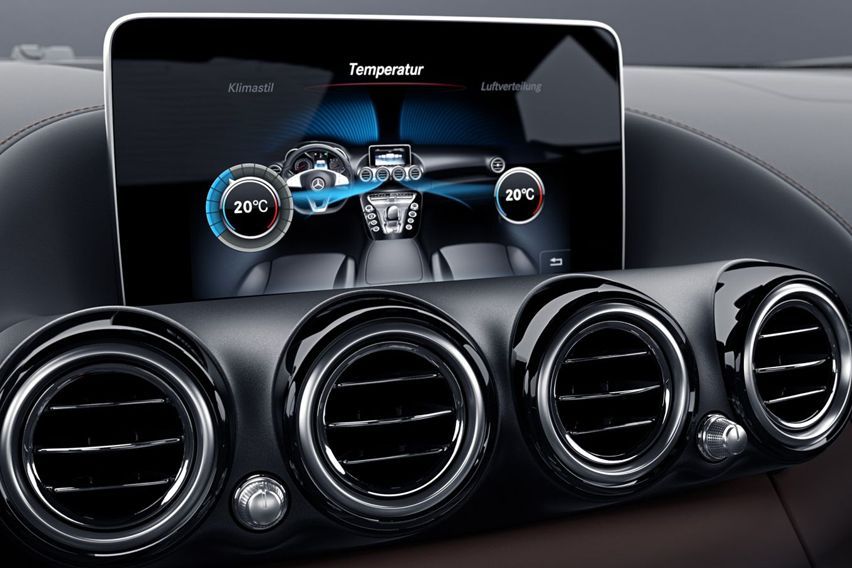 In the present time, where every car is a product of innovation, automakers lay strong emphasis on their cabin spaces. The amenities provided inside a vehicle have come a long way from rolling the windows and setting temperatures to pushing the window close on a button’s mark and sitting inside an automatic temperature-controlled cabin.

Cars with a manual air conditioning system require attention as you might have to shift and switch between different temperatures while driving. This might lead to a distraction if you are driving on a busy road as in a manual setting, you need to keep an eye on the blower speed and temperature settings.

However, when it comes to automatic, it becomes a lot easier to manage a smooth riding experience without any worry about the temperature shifting. The onboard sensors of the system regulate the cool and hot cabin air as per the ambient temperature and humidity outside the cabin to match the levels you have fixed inside. Interestingly, manufacturers of premium cars have induced tech that balances temperature based on sunrays positioning and sunlight intensity, saving you from the trouble of setting up anything.

Use of connected tech

While it might look all show, it is not entirely true. The automatic AC units aren’t just useful to stabilize the temperatures inside out but also help with improved convenience. There are some new features that allow shared connectivity bits inside the cars that enable users to have access to their engines and air conditioning system. What seemed to be like a distant dream is now possible, thanks to the advancements in technologies and the introduction of automated climate control systems.

It’s no hidden fact that the air conditioning inside a car runs on the fuel. Previously, it was a big problem when it came to judging the effective mileage of a car beside some other necessary expenses that comprised cleaning the filters, opting for compressors, among others.

Interestingly, the new models of automated climate control help in saving fuel as they adapt to the temperatures automatically and also lay lower pressure on the compressors when compared to that of manual temperature control.

Automated climate control helps in killing nausea. The sensors onboard pair with the change in temperature and humidity outside, they alleviate the temperature inside, helping you make fewer stops and continue feeling fresh besides your occupants.

Because of the modes going active, they circulate fresh air and keep trapping fresh and recirculating the entire cabin from time to time. This entire process promotes less suffocation and nauseous.

Considering history, humans need time to adapt technological advancements and such is the case when it comes to operating the automated climate control. While buttons seem quite obvious, you will need to spend some time around them to understand their application. Besides that, these systems are highly sophisticated at first due to their multifunctional ability, including two ways of usage with one button.

As we know, these automatic climate control systems are not cheap, and when it comes to repairing them, it might cost you a fair amount if something goes wrong or you do something wrong with the system. The cost of repair is also high because they are relatively new in the market and there are not many manufacturers of its spares.

To conclude, it is not that it is an essential element inside a car; you can also decide not to have it if you use less climate control features in your car. We wouldn’t recommend you to stretch your budget to buy such a variant whose USP revolves around climate control but, if

It comes bundled with some other useful features; then it could be a good deal.