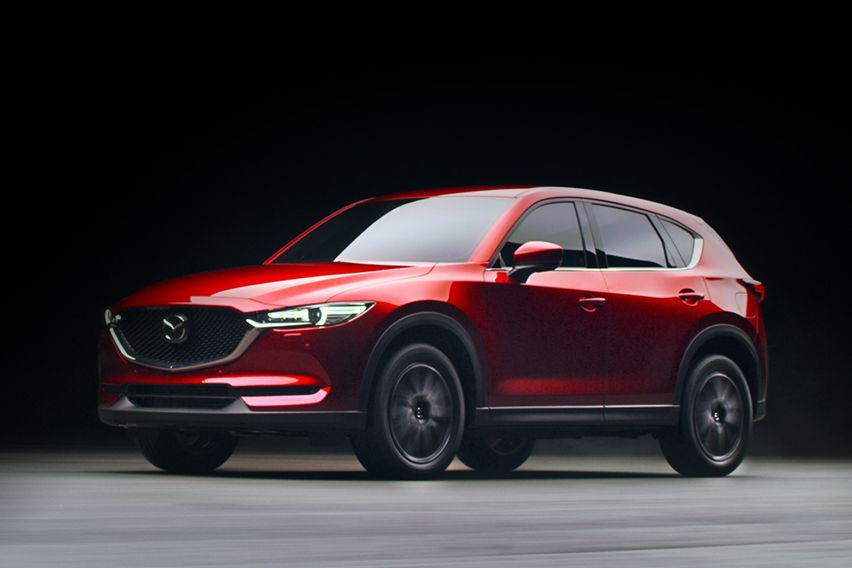 Mazda’s revival kicked off with the CX-5 back in 2012 when the first car in the series was launched. It was well-timed and coincided with the increasing demand for sports utility vehicles (SUVs). It ushered in Kodo, the brand’s design direction, and the SkyActiv technology on which the Japanese automobile major’s engineering philosophy is now based. The company’s sales have steadily risen over the years ever since the first CX-5 rolled out of the showrooms.

The Mazda CX-5 was redesigned in 2017 and a revamped 2.5-litre motor with cylinder deactivation (fuel saving system) was later introduced.

Mazda has lent only cosmetic updates to the 2020 version of the CX-5. The i-Activesense set of driver-assistance features now come as part of standard equipment across all trims. It includes pedestrian detection, automated emergency braking, automatic high-beam headlamps, lane-keep assist, adaptive cruise control, and more. All models have received a new key fob which is expected to match that of the new Mazda 3 hatchback and sedan.

While some of the colours like the Sonic Silver Metallic are unlikely to lend a visual justice to the CX-5, the car still manages to turn heads with its overall looks. The Soul Red Crystal Metallic colour scheme is probably the best in the series. The biggest turn-on, however, is the beautiful front fascia which includes a wide grille with black mesh and a thick chrome surround which extends all the way up to the bottom of the headlight unit. The floating 3D-type logo and the slim, adaptive headlamps make the car almost a stunner. The car’s slim LED tail lamps highlight the rear. The CX-5 has more of an extended crossover look than the typical, true-blue SUV.

First-rate materials coupled with a fabulous layout lend the CX-5 particularly upscale. The accelerator is floor-hinged while the well-crafted steering wheel is positioned directly in front of the driver and doesn’t offset at even the slightest angle. The rear storage space of the facelift model is more functional but comes with a completely flat load floor. The car has several nooks and crannies inside the cabin to keep smartphones and other loose items. An attractive touchscreen unit dominates the dashboard like a floating tablet. The screen itself, however, has a dated menu design and is late in response. The interface may still appear straightforward and rather easy to use for most drivers. A Bose Premium 10-speaker audio system completes the entertainment setup in the Premium, Luxury, and Super Luxury models.

In terms of the more useful equipment inside the cabin, the 2.0-litre Premium version comes with a 360-degree view monitor, which is extremely useful while parking. That said, the Premium trim also comes with a new digital speedometer, which looks nice but not entirely useful. But at the same time, the CX-5 comes with ventilated front seats that look nothing but are extremely useful in the Singapore climate.

The Super Luxury trim is of course there if you are looking to spoil yourself with all the goodies. It comes with LED cabin lighting, real wood trim, frameless rearview mirror, very subtle soft Nappa leather, and a host of other stuff.

You really don’t need to steer the Mazda CX-5 hard to enjoy the drive or appreciate its excellence. The precise steering and composed cornering make the vehicle a perfect companion for a Sunday cruise. That said, the car also soaks up rough roads sans any commotion and offers a ride quality of similar vehicles that are twice as expensive. The CX-5’s harmonious interplay of dynamics is unmatched by most of its competitors. The road noise is minimal inside the cabin and pavement imperfections are isolated. The damping neither seems floating-type nor stiff. The car, at the same time, seems to come alive on curvy roads. The steering is electrically assisted and offers a satisfying response. The brake-pedal feels reassuring and works without any delay. The car doesn’t become too touchy when the brakes are applied.

The Mazda CX-5 is a pleasurable crossover-SUV to drive. Additional satisfaction comes from the 6-speed AT, which shuffles the gears effectively and smartly. We were never left with wanting of paddle shifters on the steering wheel. Many competitors of the CX-5 have a droning and mushy continuously variable transmission (CVT) system. The CX-5’s transmission is surprisingly well tuned for both spirited and leisurely driving. The direct and precise steering is a thing of praise.

The CX-5 is a fully reliable crossover-SUV. Unlike many of the current long-time SUVs that we have tested, the car maintained a clean streak with no cracked windshield or a flat tire. Having clocked 21,000 miles we took the car for scheduled maintenance which only involved tire alignment, cabin air filter replacement, and an oil change.

The car’s eagerness would have come a cropper without its chassis. Mazda has used high-strength but lightweight steel to manufacture the car. The CX-5 has a strong, stiff body that resists the undulations even on bad roads. With the stiffer chassis/body, the suspension is tuned to be more pliant. But that doesn’t come at the cost of agility. The car plays along with drivers who want to string along a series of corners. It turns in eagerly. While there’s some unmistakable lean, the Mazda CX-5 willingly treads the chosen line. Not many crossover-SUVs can match the athleticism which this car offers.