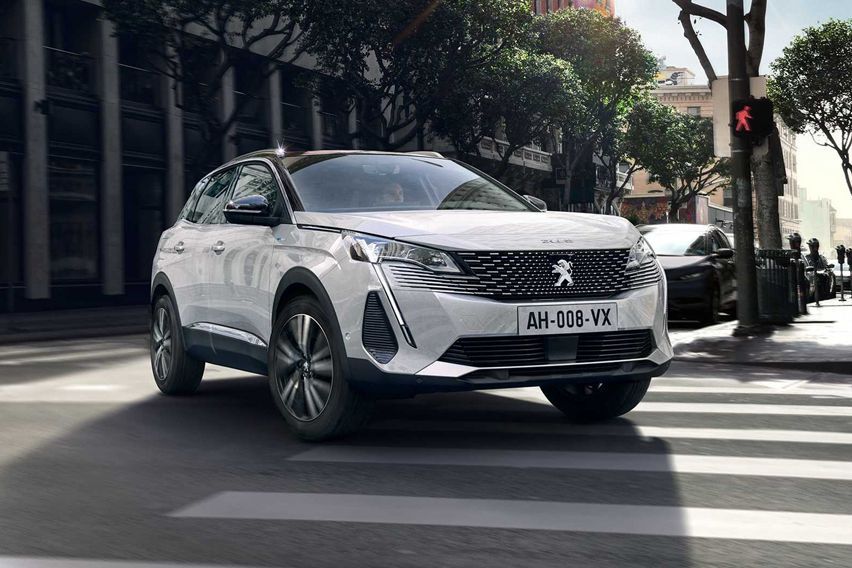 Peugeot has finally introduced the world to the next-generation 3008. The new facelift is arguably one of the best by the French automaker. The facelifted car represents a bold styling with an advanced engine offering.

Previously the car of the year 2017, the first-gen 3008 was also a competitive hatchback in the offering. Coming over to the present generation, the facelifted 3008 seems competition ready with its fresh and aggressive design concept. Overall, the car resonated with the styling cues of its siblings 208, 2008, and 508.

Peugeot 3008 adapts to a similar daytime running headlight setup that comes all the way down like the 208 supermini and 508 fastback. The intakes also receive the newly designed vertical LED DRLs which also serve the purpose of turn indicators. The rear end of the vehicle also features a similar LED treatment. Interestingly, it is for the first time that Peugeot has re-positioned their badging on the bonnet.

Under the hood, the new 3008 comes with a wide range of powertrains to choose from, it gets two petrol and one diesel mills. The first engine is a 1.2L three-cylinder PureTech 130 engine that churns out a 130 horsepower and pulls a peak torque of up to 230 Nm. The second one is the retained four-cylinder 1.6L that gives out 180 hp and 250 Nm. On the diesel side, the Peugeot 3008 packs a four-cylinder 1.5L engine, producing 130 hp and 300 Nm. For transmission, the options are 6-speed manual and 8-speed auto.

The automatic transmission models get Normal, Sport, and Eco driving modes, and the drivers get to select from Electric, Hybrid, Sport, and 4WD modes.

Inside, 3008’s i-Cockpit also received an update with a 10-inch touchscreen, paired with a fully customizable 12.3-inch digital driver’s display, giving a tech-savvy appeal to the dashboard.

Lastly, Peugeot will be offering the 3008 facelift in Europe by the end of this year.