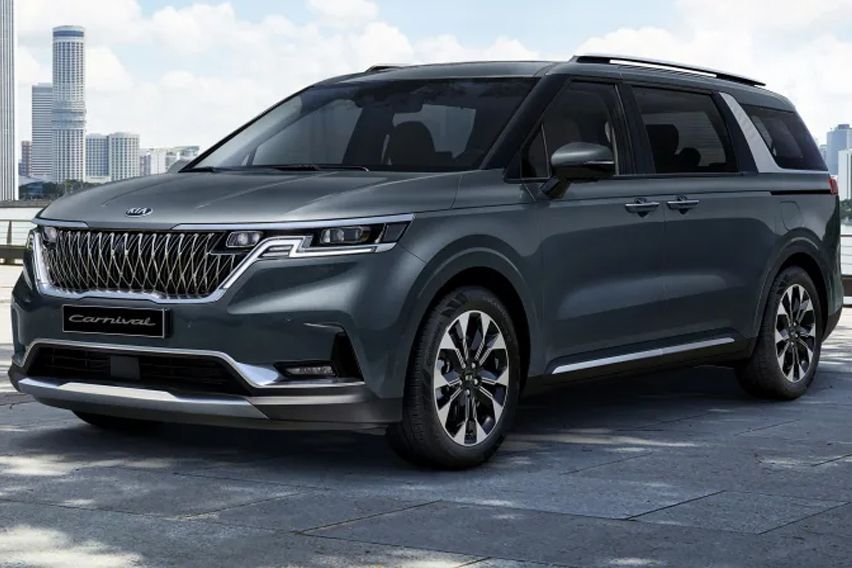 South Korean automobile major Kia Motors, last week, announced that they are all set to introduce the next-generation Carnival multipurpose vehicle (MPV). The company had revealed only a teaser image of the car’s frontend. Now, it has pulled the covers off the 2021 Carnival and significant changes to the car are visible. The fourth-generation Carnival looks more like a sports utility vehicle (SUV) than an MPV.

The biggest change in the new Carnival comes in terms of design. The styling is undeniably influenced by Kia’s range of SUVs. The soft, rounded lines in the Carnival’s current version are gone. These have been replaced with more angular lines to forge a squared-off stance. The front fascia is dominated by Kia’s signature Tiger Nose grille. It sports a diamond pattern with chrome embellishments. The high beam headlight unit is housed in the corners. The low beam units flank the grille.

The 2021 Carnival, from the side, sports a floating roof design. Both the A and B pillars have been blacked out. But it’s the C-pillar which has the most prominent design update. It gets a chrome trim inspired by the new Kia Sorento. The new Carnival’s rear quarter windows are now much smaller, which further accentuates the SUV design.

The latest pictures have only lent a look at the upcoming Carnival’s exterior. Earlier leaked images suggested that the car’s cabin will have a fully new dashboard, dominated by two screens, one for the touchscreen infotainment system and the other for the instrument cluster. The new model will retain the dual-sunroof setup. The 2021 Carnival is expected to have multiple seating arrangements with up to 11 seats for fleet operators.

The 2021 Carnival’s engine options are expected to be revealed over the next few weeks. Sources suggest that the 2021 Carnival will retain the turbocharged 2.5-litre petrol motor which also hauls the latest Sorento. The engine produces 280 bhp. A 1.6-litre petrol engine is also likely to be available with a hybrid option. The current 2.2-litre diesel motor will be sold in select markets.

The Carnival is currently not sold in Singapore, where Kia’s portfolio consists of the Cerato, Niro, Seltos, Sorento, Stonic, and Stinger.